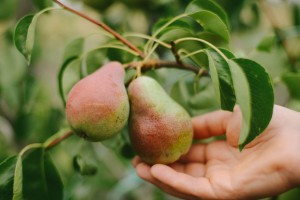 Here are some preliminary thoughts on sin – and grace – and how these tricky theological concepts might speak to Unitarians today. Last Sunday, over our congregational lunch, more than one person came up to me (having heard about the subject of today’s service) and said: ‘I don’t believe in sin!’ (or words to that effect). And, of course, this response is not unexpected among Unitarians. Many of us have (more-or-less) rejected the concept of sin, perhaps largely because we associate it with the religious right, and other groups who’ve condemned a lot of us (and a lot of our friends) down the years, as being thoroughly sinful in one way or another: our beliefs, our actions, our identity, our very existence perhaps, condemned as wicked, immoral, and wrong.

I can’t help thinking back to my youth, and to the words of Neil Tennant, from his 80s number one hit as lead singer with the Pet Shop Boys. He sang:

‘For everything I long to do, no matter when or where or who,
has one thing in common too: It’s a sin…’
Everything I’ve ever done, everything I ever do,
every place I’ve ever been, everywhere I’m going to… It’s a sin.’

And if that’s the main exposure you’ve had to the concept of sin – this impression that everything you do, have done, or might think about doing in the future, is probably wrong and bad, in the view of certain religious hardliners – with a special focus on pleasures of the body, pleasures these hardliners often regard as sexual sins, which they seem to be particularly (pruriently?) interested in – well, it’s not at all surprising that you might not want nothing to do with that idea of sin. ‘Sin’ can just seem like no more than a religious gloss conveniently overlaid on a bunch of other-people’s-conservative-social-norms as an unwelcome means of social control.

And beyond that idea that certain of our acts are regarded as sinful in the eyes of God, there’s the traditional notion of Original Sin, that tricky doctrine most strongly associated with Augustine – that poor boy who stole pears as a youth, as we heard in the poem that Antony read for us earlier, then held such a negative view of human nature ever after – and the doctrine was then perpetuated by the likes of Luther and Calvin. The doctrine of Original Sin claims that humanity has been in a state of sin ever since the Fall, when Adam and Eve are said to have done their naughty business in the Garden of Eden. In the Catholic catechism it says that Adam lost his original God-given holiness, then Adam and Eve transmitted this wounded and deprived human nature to their descendants, leaving all of humanity weakened, subject to ignorance and suffering, and inclined to sin. Original Sin, you probably won’t be surprised to hear, isn’t something that many Unitarians have got time for.

But – as with so many thorny religious concepts – I’d say that we Unitarians shouldn’t throw out the concept of sin altogether. It depends what you mean by ‘sin’, after all. There are so many different ways of looking at sin and we’re just exploring a few today. I’ve got a strong belief that we liberals shouldn’t just give up and concede control of such powerful religious language to others. So perhaps we religious liberals can rehabilitate the word our forebears used and ‘build our own theology’ of sin. Cliff Reed, in his incredibly useful little guidebook entitled ‘Unitarian? What’s That?’ has a go at answering the question: ‘What do Unitarians Think about Sin?’ He says this:

“Sin” is a word with baggage attached. That is why Unitarians often avoid it, or use it only sparingly. But this does not mean that we pay no attention to the issues the word involves. A Unitarian view of sin might be this: to sin is wilfully to act, speak, or even think in a way that one’s own conscience condemns as wrong. Alternatively, sin is the failure to act, speak or think in ways that one knows to be right. Or again, to sin is to fall short of the standards of conduct that one’s own faith or ethical system regards as ideal. It is missing the mark that we set ourselves. And because we all fall short in this way, there is no room for smugness, self-satisfaction, and self-righteousness. Although Unitarians may not like to use the word “sinners”, we would agree that we are all imperfect, flawed beings when set beside our models of the ideal. However, we generally take the view that sin is essentially a personal thing. Each one of us is responsible for themselves, although the consequences of our sin will affect others, both now and in the future.’

Some words on Unitarian views of sin by the Rev. Cliff Reed. And that’s a pretty good start. Another angle can be found in the poem, ‘Broken Shell’, by the UU author Kitty Schooley, which Brian read for us earlier. It’s a pretty powerful image, I reckon, of the robin’s egg, touched carelessly (though with no apparent ill intent) by one who thought his actions ‘would do no harm’… yet the shell breaks, the egg cannot be put back together again, and harm is indeed done. The brief closing lines of that poem speak powerfully to me so I’ll repeat them:

‘And it seems to me that most of our sins
are not out of malice or meanness,
but simply not heeding a warning
and handling something fragile in a clumsy way.’

For me this is a more subtle, and a more challenging, understanding of sin. Sin may not just be about wilfully doing what we know in our heart to be harmful and wrong – acting in a way that will hurt other people, or creatures, our society, or our environment, for example – nor just failing to act when we know our actions could have a positive impact. The example of the robin’s egg makes me wonder about those times when I may have caused harm to others due to a lack of sensitivity or awareness, and blundered in to a situation, not being malicious or mean, but perhaps being careless in a way that I could have avoided.

For me this connects with the idea, mentioned in our first reading, about sin as immaturity. Sometimes we hurt other people, or creatures, or our society, or the environment, accidentally – because we don’t know any better – but as we grow in spiritual maturity perhaps we should know better. Perhaps you could say we have a spiritual responsibility to keep working on our moral selves: we are flawed human beings, and accidents will happen regardless… but perhaps we are called to consciously develop our sensitivity and awareness about our potential impact on others, and similarly to keep working on forming and informing our conscience. I don’t think we can take the reliability of our conscience for granted, as a guide to right and wrong, without putting in some effort to shape it in the first place. And of course this work is never done – it is the task of a lifetime.

In order for us to delve into the meaning of sin more deeply, each one of us for ourselves – and to make the connection with ‘Grace’, our monthly ministry theme for April – I am going to tell you a little about the work of the Episcopalian priest and theologian, Patrick Cheng, the author of our first reading today, who’s published a few books of Queer Theology.

In this book, ‘From Sin to Amazing Grace’, Cheng presents a piece of contextual theology. When setting out to do contextual theology, theologians take a look at the collected riches from their own particular religious tradition – its scripture, teaching, history, and practice – and they attempt to make connections, between all that good stuff they’ve inherited from the tradition, and the particular context or real world situation that they find themselves in, now. Contextual theology tries to put the religious experience of the past, as recorded in scripture and tradition, in dialogue with the current experience of the present context in which we live. And there are all sorts of specialised contextual theologies that have arisen all over the world, including Latino/Latina theology, Asian theology, Black theology, Feminist/Womanist theology, and Queer theology, which is what Patrick Cheng is engaged in. Each of these looks at the context of a particular group in our society, and aims to make new connections between traditional theology and the everyday reality of the people in this group, so that the religious concepts, stories, and guidance for living make more sense in their lives.

So as you heard in our first reading, Patrick Cheng is a gay man, and he grew up as a Catholic. His particular context is the LGBT community, so his contextual theology is what’s known as Queer Theology (that’s not just his name for it, or mine, but the name of the academic discipline). In this book he sets out his stall: he is all-too-aware, from his own experience in the US, of how the language of sin is still used on a daily basis to bash LGBT people, and how this horrible experience has driven many LGBT people away from mainstream religion altogether, but he still feels that his community would benefit from reclaiming this theology for themselves. Here’s what Cheng has to say about his reasons for pursuing a new theology of sin and grace:

‘Ignoring the doctrines of sin and grace deprives us of the theological tools to describe – and critique – the true state of the world… How can we adequately describe and critique this world of ours that is filled with violence, economic inequity, and sexual exploitation without sin-talk? And, on the other hand, how can we express our deepest hopes of reconciliation and healing without grace-talk?’

So, in this book, Cheng goes on to develop a Queer Christology – he looks at the story of Jesus – and from the bible stories and other aspects of the wider Christian tradition around Jesus he draws out and highlights some different understandings of sin and grace which make sense – and come alive – in the everyday reality of his life and his community. He comes up with a new formulation of seven ‘deadly queer sins’ and corresponding ‘amazing queer graces’. The seven opposing pairs of sin-and-corresponding-grace he offers might really speak to you, and your understanding, or you might find them rather provocative. Let’s see!

He unpacks each of these dimensions of sin and grace at length in the book with real life stories of people’s experiences which, in my opinion, really make the theology come alive – unfortunately I can only share the very edited highlights of his approach with you in this service.

Now, I’m not telling you about this because I especially think you should all adopt Patrick Cheng’s theology of sin and grace wholesale, ‘off-the-peg’, as it were – though there’s a lot in his contextual theology that’s very appealing to me – but more to demonstrate that you’re at liberty to explore the roots of our tradition, to play with religious language, and to make those connections between theology and real life – connections that are really meaningful for you, in the circumstances, the community, and the tradition you find yourself in.

What does sin look like from the place where you stand?
What are the actions and attitudes that you can see cause harm in this world?

And what does grace look like from the place where you stand?
What are the corresponding actions and attitudes that bring relief, comfort, and joy?

Let’s carry on pondering these questions, reclaiming religious language, and building our own theology – together – in the days, weeks, and years to come.