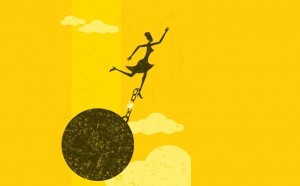 This is the second service in our monthly ministry theme of ‘Freedom and Liberation’. And I’m going to do my best, in the next ten minutes or so, to give you a whistle-stop tour through the origins and evolution of the movement known as Liberation Theology. I’ll also try to tell you a little about where it’s at in the present day and why we should care.

Liberation Theology emerged in the 1960s, in Latin America, and although that was its ‘moment’ – in the 60s and 70s, perhaps into the 1980s – to understand its origins and popularity at that time and in that place we need to bear in mind the context: best part of 500 years of suffering that preceded it. There was horrendous treatment of the native population by the colonial powers (Spanish and Portuguese) that had arrived from Europe: exploitation of the people, their land, and resources, and the suppression of their native culture and religion, as the various settled societies were converted (largely by force) to Christianity. By the mid-20th-century there were a number of military dictatorships in the region, and civil rights and human rights were curtailed or at least under threat in a lot of places. Poverty was widespread (though there were aristocracies who were doing very alright for themselves; the contrast between the ‘haves’ and ‘have nots’ was increasingly stark). This is the backdrop, the context, to the emergence of Latin American Liberation Theology.

END_OF_DOCUMENT_TOKEN_TO_BE_REPLACED

Anyone who, like me, spends a fair proportion of their free time hanging out on the internet, particularly anyone who engages much with social media in its various forms, will know that it can be a pretty harsh and spiky environment online these days. And not so long ago, on Facebook, I witnessed what you might call a Social Media Kerfuffle.

This particular kerfuffle blew up in response to a news story about a special service held at the Unitarian Church in Chorlton (a suburb of Greater Manchester). This special service, which they called a “commitment ceremony”, was held to celebrate and affirm the relationship between a long-standing Unitarian, Mary Crumpton, and her partner John Hulls. Mary is polyamorous. This means that she is open to having more than one loving relationship on the go simultaneously, and (crucially!) it also means that everybody involved in these relationships knows the score and freely consents to the arrangement.