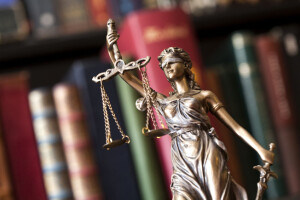 At the church coffee morning on Tuesday I accidentally gave away a bit of a spoiler about this Sunday’s service theme. And – not entirely unexpectedly – the news that we were going to think about ‘judgement’ this week provoked a bit of a reaction! I guess it doesn’t seem very Unitarian. At least not at first glance, anyway. Judgement sometimes seems to be a bit of a dirty word among religious liberals – quite a few of us have consciously walked away from other traditions where judgement is more of ‘a thing’ – more central to the theology. Perhaps, for that reason, we associate the idea of judgement with the prospect of being condemned to hell for all eternity (often for things – supposed transgressions – that seem no big deal to us liberal religious types). So, like I said, let me reassure you: I’m not talking about God’s eternal judgement, the verdict as to whether we’ll be sent forever upstairs or down on the basis of how naughty or nice we’ve been.

Instead I’m thinking about judgement in the sense of discernment – an unavoidable part of life – making decisions about how to act, or who to trust, on the basis of limited or confusing evidence – trying to make those judgements justly and wisely in the light of the values we hold most dear. Every day of our lives – to a more or less conscious or active degree – we are making judgements about what is true, fair, and right (factually or morally) – and what is the best course of action.

In the piece by Erika Hewitt, which Chloë read for us earlier, we were taken back a year in time, to the early days of the pandemic, when people were just beginning to get to grips with the gravity of the situation, and taking big decisions on the basis of scant and sketchy information. As Hewitt reminded us, even in pre-pandemic days – when there was heavy snowfall and she had to make a call as to whether or not to call off a Sunday service – it was hard to get a consensus. Everybody has their own perspective, their own priorities, their own tolerance of risk, and so on. How much harder, then, was the judgement call that led so many churches – including ours – to shut their doors indefinitely in the face of Covid-19? Particularly in the US, in the Unitarian Universalist Association, our sister church, the leadership came out early to say congregations should plan to be meeting online-only until at least summer 2021. At the time a lot of people thought this was a pretty extreme response but of course it’s turned out to be quite prescient.

Of course, as well as these collective – community – judgements, we are each having to make our own personal judgement calls each day relating to life-in-a-time-of-Covid (and how best to live it). We have a lot more information to go on than we had a year ago – but that doesn’t always help – sifting through the avalanche of information that is available to us is quite an undertaking, not just in terms of sheer volume, but in terms of separating the wheat from the chaff. This is another form of judgement, or we might say discernment, distinguishing reliable and relevant sources of information from misinformation, government and corporate spin, conspiracy theories and so on. Even solid scientific sources are liable to change their messaging over time as new data comes in and the scientific consensus shifts – which is as it should be – but many find such shifts confusing. How do we know who/what to place our trust in? Critical thinking – determining which sources are trustworthy and which are to be taken with a shedload of salt – is a vital part of good judgement. And it takes a long time – a lifetime – to build up those critical thinking skills – to establish that bank of wise advisors and trustworthy sources – from the foundations of what-we-know-to-be-true.

But even if we’ve got critical thinking cracked – we’ve amassed a load of trustworthy evidence on which to base our decision-making – (and I should drop in now that this is one of the standard definitions of ‘judgement’: ‘the ability to make considered decisions on the basis of evidence’) – the next step is to integrate or synthesise all that information – which is, generally, no easy task. We’ll often find that different bits of evidence are pointing in different directions – sometimes subtly different, sometimes radically different – how do we decide which to give priority to?

Judgements, if they are to be truly just, need to be made with reference to our values. At least, we might think of the basics: the golden rule, or the inherent worth and dignity of every person. But again, it’s the work of a lifetime to clarify what matters most to us, to hone our moral intuition, such that we have developed an ethical yardstick against which to measure our decision-making. Erika Hewitt says this: ‘The most ethically-driven decisions prioritize the most vulnerable… Moral decision-making hinges not on the “I” and not even on the interconnected web of “we,” but on the most fragile strands in the web… The ultimate test, when the fear and grief finally give way to clarity, will be knowing ourselves by how well we cared for one another.’

It seems right that a church like ours should be guided in its judgement by such a principle – we often frame our values in terms of caring about those who are on the margins of society, who are often oppressed, or overlooked – and in this case ‘the most vulnerable’ might refer to older people, people with pre-existing health conditions, people who are forced by poverty or discrimination of various sorts into situations which put them at greater risk of catching Covid-19.But even so… that intention to ‘prioritise the most vulnerable’ is an ambiguous guide to action. On the whole, in the case of Covid-19, we’ve taken that to mean ‘protect the most vulnerable from catching this deadly disease at all costs’ – but Hewitt herself acknowledged that ‘our communities… are also beginning to absorb the lonely, painful, cost of “social distancing”’. Indeed, some of the most vulnerable have said, ‘I just can’t bear this isolation; I’d rather take my chances’. In complex situations – you don’t need me to tell you this – there’s rarely one clear ‘right answer’. Still, once we’ve discounted the misinformation, and weighed up the priorities, we might come to a consensus about a general direction of travel that’s ‘righter’ and a direction that’s ‘wronger’. For now, collectively, we seem to have agreed that mostly-staying-home is the least-worst-option.

Now, I’ve made living-in-a-time-of-Covid the focus of this exploration of judgement, so far, just because it’s at the front of most of our minds these days, and for much of the last twelve months. But of course there are – always have been – judgement calls to make in every sphere of our lives. So let’s broaden our consideration of judgement out a bit further with another challenging aspect. As we considered in the meditation earlier – one way or another we’re often judging other people. At both the personal and the societal level we have to distinguish truth from lies, good intentions from bad, as part of the process of our everyday self-protection and survival – we ask ourselves of strangers, acquaintances, experts, leaders – ‘Is this person on the level, or am I being conned? Can I take this person at their word… or am I being manipulated and given the run-around?’ We want to think the best of people but we know we will encounter those who don’t play fair. It makes me think of the bible verse, Matthew 10:16, where Jesus tells his followers: ‘I send you forth as sheep in the midst of wolves: be ye therefore wise as serpents, and harmless as doves.’ Yes, go into the world in a spirit of love, kindness, generosity, but… don’t be daft. Be discerning.

We religious liberals often pride ourselves on being non-judgemental – and in terms of listening to the tales of other people’s life experiences that’s generally a great principle – many of us have made dodgy choices at various points along the way and we wouldn’t want to be condemned or written off on the basis of these anomalous episodes. And we haven’t walked in another’s shoes so ‘who are we to judge…’, we might say. Besides, we tend to be pretty laid-back about what counts as valid life choices anyway, so we might be a lot less prone to judge people’s life stories by default. Also we like to think of ourselves as being open-minded, ready to listen to alternative viewpoints, perhaps to seek common ground, and to bear in mind the possibility that we might be mistaken. All of these are, generally speaking, good things – very Unitarian virtues – don’t get me wrong.

But. I would like us to think a little bit harder about this idea of being non-judgemental as an ideal. The sense that sometimes crops up that our valuing of open-mindedness, and pluralism, require us to radically accept anything and everything, to suspend judgement at all times. I hope it isn’t a contentious thing to say – but sometimes I reckon we should be judgemental. We religious liberals can collectively be so judgement-averse – conflict-averse – sometimes we so want to be nice that we decide not to decide. Not to take a view. There can be a tendency to hedge our judgements in qualifications and maybes; but, at least occasionally, we do need to get off the fence and take sides – pronounce that something is morally right or wrong, true or false, rather than avoiding the issue, attempting to sustain a neutral position, and remaining above the fray. We need to bring it back to our core principles again. And ‘don’t make a fuss’ is not a core principle! We are, after all, a values-based community and there are some essential values we should uphold.

The University Unitarian church in Seattle has a congregational mission statement and it is one of the best articulations of those essential Unitarian values I’ve come across so far. Amongst other things, it calls on them to ‘vocally and actively oppose injustice and stand in prophetic judgment of all that would diminish the equality and dignity of human beings or harm the web of life.’ That’s it. Judgement comes with the territory of justice-seeking. And that goes for injustices/unfairnesses close-to-home, just as much as big global issues, I’d say. As Desmond Tutu put it, ‘if you are neutral in situations of injustice, you have chosen the side of the oppressor. If an elephant has its foot on the tail of a mouse, and you say you are neutral, the mouse will not appreciate your neutrality.’

It’s tricky territory, this business of judgement – whether that’s discernment of what to do for the best in a complex, messy world; or assessment of who and what is worthy of our trust; or taking a moral stand to ‘vocally and actively oppose injustice’ wherever we witness it – none of this is easy stuff… but judgement is an unavoidable part of our individual and collective lives.

So, in the days to come, may we each be blessed with the gift of wise judgement; and may our judgement tempered with humility, kindness, and compassion, always. May this be so, for the greater good of all. Amen.

A video recording of this sermon is available: